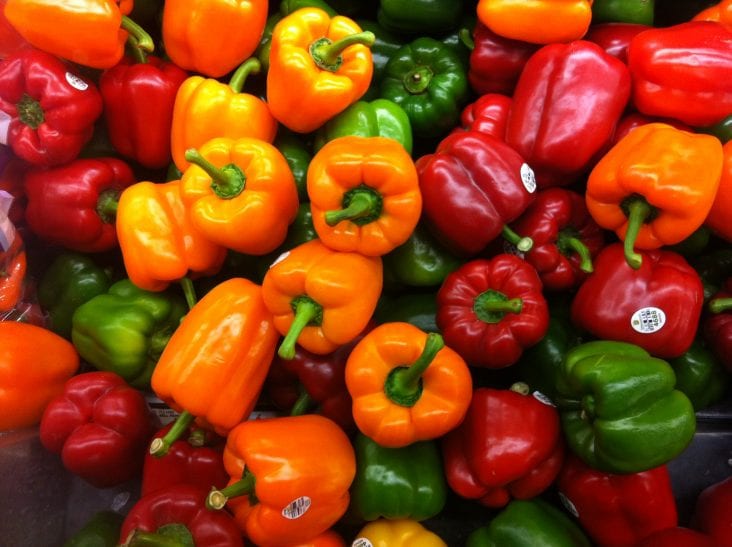 “When I start a breeding program, and I’m looking for new traits, the first things I look at are old varieties,” said Richard Fery, a plant geneticist with USDA’s Agricultural Research Service (ARS) in Charleston, S.C.

Ferry has been working with peppers and cowpeas for 40 years. The focus of his pepper research is yield and nematode resistance, and he’s released varieties of several types of nematode-resistant (NR) peppers.

Nematode species Meloidogyne, aka root-knot nematode, is the most serious nematode parasite of peppers. Unlike its relatives, which feed on fungi and bacteria and in some cases actually benefit agricultural soils through decomposition and nutrient recycling, Meloidogyne causes significant damage to solanaceous plants throughout the world.

Symptoms of root-knot nematode include stunting, wilting, yellow color due to failure to develop chlorophyll, and reduced fruit yield and size. Plants also fail to respond to fertilizer applications.

Applying volatile (fumigants) and nonvolatile nematicides to the soil reduces nematode populations for a limited period of time. However, nematodes that escape treatment can resume feeding when the chemical is gone. Methyl bromide was the most widely used fumigant against plant-parasitic nematodes until 2005 when it was effectively banned from use in the U.S. due to its ozone-depleting effects.

However, during his tenure at ARS, Fery and his colleagues have grown out the entire USDA germplasm collection several times, including numerous heirlooms.

From these heirloom varieties, the researchers found dominant genes for nematode resistance, which they successfully crossed into Capsicum annuum varieties of cayenne pepper, bell pepper, and pimento pepper and a capsicum Chinese variety of habanero-type pepper. For example, the source of resistance for the first variety of cayenne pepper was the variety Carolina Hot, and the source of resistance for the habanero-type variety TigerPaw-NR was the cultigen Yellow Scotch Bonnet.

Finding a viable resistance gene in an existing cultivar speeds the research process because it helps researchers to examine the gene as it is functioning in a reasonable background. The alternative is to pull a resistance gene from an exotic source and cross it into a modern variety, which takes a long time. “If you can find a trait that you need to work within a variety, you’ve actually got a big leg up on getting your work done, so we do use heirlooms a lot,” says Fery.

Progress over the decades

The first varieties Fery and his colleagues released were two nematode-resistant cayenne-type varieties of Capsicum annuum: Carolina Cayenne (released in 1985) and Charleston Hot (released in 1992).

Both in spite of and because of their successes, Fery and Thies continue developing new varieties of peppers with nematode resistance. The more nematode-resistant varieties of peppers available on the market, the fewer chemicals farmers will require to maintain viable pepper crops. Hence, this research is directly applicable to organic production, as well as conventional production. Peppers bred for resistance don’t require protection from soil fumigants, pesticides or other chemicals to control organisms.

Fery pulls what he’s learned from one project to the next. “The breeding process is basically routine; it’s a similar approach.” The differences stem from the differences in the cultivars. Currently, the team is working on cherry peppers, banana peppers and additional varieties of pimentos.

“I’ve been a breeder a long time, and when you spend a decade or more developing a variety, it’s nice to come up with a variety that will actually grow somewhere that it wouldn’t grow before, like peppers that are able to grow in a nematode-infested field.”