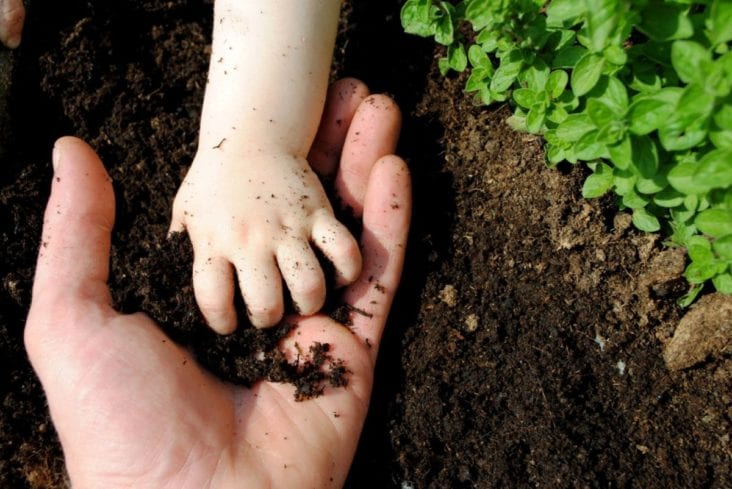 After four years of drought, California is finally starting to see an increase in precipitation. Despite the increase, the U.S. Drought Monitor reported in January that 100 percent of California’s soils remain “abnormally dry.” Since California farmers grow a vast majority of our nation’s produce, the ongoing drought is a significant concern. Yet at the USDA’s Natural Resources Conservation Service’s California office, state conservationist Carlos Suarez views the drought as an opportunity to help farmers and ranchers build resiliency for the droughts that are sure to come in our changing climate. To build resiliency, Suarez recommends managing for soil health. Soil Health

Read about: Basic Food Safety for the Grower

Adapting new practices without sufficient information can be risky, so NRCS-CA works with the University of California-Davis, USDA’s Agricultural Research Service and Extension Service to get the most up-to-date information and disseminate it. One important aspect of learning to manage for soil health and thus promote resiliency on your land is understanding what soil health actually means.

According to “Soil Carbon Restoration,” a white paper published by the Massachusetts chapter of the Northeast Organic Farming Association (available online at http://www.nofamass.org/carbon), a teaspoon of healthy soil contains more microbes than there are people on Earth. NRCS reports that a teaspoon of productive soil generally contains between 100 million and 1 billion bacteria, as much mass as two cows per acre. Activity of soil organisms follows seasonal and daily cycles. Availability of “food” is an important factor that influences the population and level of activity of soil organisms. What do soil organisms consume? Among other things, soil organisms break down carbon and nitrogen, two of the most detrimental greenhouse gases. That’s the good news, because it means that bringing your soil to optimal health is not only good for your plants, and thus your operation, but also it helps to mitigate, and even slow, global warming, which means you’ll have more predictable weather patterns to plan around. 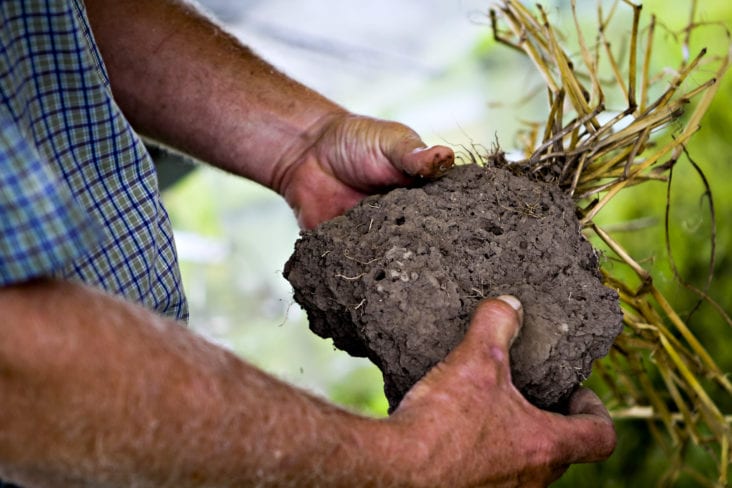 Microbes, bacteria and fungi – oh, my!

The words “bacteria” and “fungi” may send shivers down your spine. However, only one of four functional groups of bacteria, and one of three functional groups of fungi, pose a threat to your crops: the pathogens. The other three types of bacteria are beneficial: decomposers, mutualists and lithotrophs (or chemoautotrophs) each have purpose on your farm. As Ann Kennedy, of USDA Agricultural Research Service, stated in “Bug Biography: Bacteria That Promote Plant Growth,” certain strains of the soil bacteria Pseudomonas fluorescens have antifungal activity that inhibits some plant pathogens. Decomposer bacteria consume simple carbon compounds, such as root exudates, and convert energy from soil organic matter into forms useful to the rest of the organisms in the soil food web. Decomposers are especially important in immobilizing, or retaining, nutrients in their cells, thus preventing loss of nutrients, such as nitrogen, from the rooting zone.

Read more: The Climate Below Your Feet: Soil

If the science sounds complicated, even irrelevant, it’s not. Julie Rawson, of Many Hands Organic Farm in Barre, Massachusetts, altered her farming practices a few years ago when she learned about soil carbon sequestration. “Now, if I get 4.5 inches of rain – no big deal,” she said. “It all goes right into the ground. And if there’s a drought – no big deal. The soil holds on to that water, so the plants have it when they need it.”

Weathering climate change and thriving in her evolving ecosystem will enable Rawson to keep her business strong. More than that, Rawson and her team, including husband Jack Kittredge, policy director of NOFA-MA and author of the white paper, “Soil Carbon Restoration: Can Biology do the Job?” are doing their part to stem the tide of climate change, so their children and grandchildren will be able to thrive as farmers in the coming decades.

Kittredge wrote, “Most analysts believe we must stop burning fossil fuels to prevent further increases in atmospheric carbon and find ways to remove carbon already in the air if we want to lessen further weather crises… There is only one practical approach – to put it back where it belongs, in the soil. Fortunately, this is not an expensive process. But it does take large numbers of people agreeing to take part.”

Read more about your role in all of this in next month’s column.