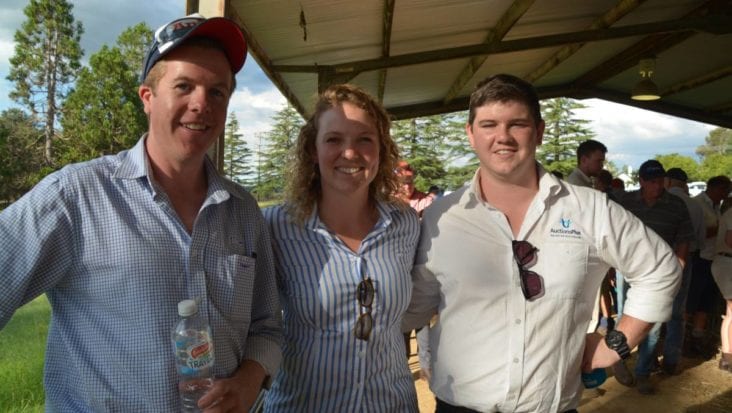 On an otherwise quiet highway in South Deerfield, Massachusetts, a newly constructed post and beam farm store fronting 95 acres of farmland stands like an oasis. In the agricultural area of Shelton, Connecticut, a small red-and-white farm store abuts a lavender field, four acres of vegetables and a historically landscaped herb and flower garden. In suburban North Haven, Connecticut, the last family farm stand is now surrounded by development but continues to retail fresh organic produce and eggs from May through October.

In Shelton, Connecticut, Guy Beardsley and son-in-law Ed Wittkofski have taken a more measured approach, growing Guy’s Eco-Garden slowly over decades, keeping it mostly seasonal and capitalizing on the farm’s 200-year history. There have been many iterations of the farm stand. In the early days, the Beardsleys pressed everyone’s apples. During WWII, Guy’s father put tables out in front of the house with produce and cider. In the ‘50s and ‘60s, sweet corn and a milk dispenser were the major products. The barn burned down in 1973, ending the dairy operation. Beardsley and Wittkofski took over the farm in the mid-1980s. In 1988 they started the three-year transition to organics and were certified in 1991. Today, Wittkofski serves as operational manager. In addition to using their own land, Wittkofski and Beardsley also grow on five acres of town land across the street. Products include a suite of fresh vegetables and fruits, herbs, flowers and value-added products.

Frank Muzio, Jr. grew up on the farm he now owns and operates alone in North Haven. His grandfather emigrated from Sicily in 1890 and bought a land grant from the town for 10 cents an acre. Today, Frankie’s Farm Stand is “grandfathered in” to the spot where it was originally erected. According to town by-laws, if Muzio makes any major structural change to the stand, he will need to move it back 200 feet from the road. Muzio feels the location on the road is important to keep the stand visible among the suburban development that has sprouted all around his 3.9-acre farm. He has grown using only organic methods since he took over the farm from his father in 1990 and offers a full line of vegetables, berries and specialty produce. Muzio also utilizes a friend’s 44-acre farm in Plantsville to grow tomatoes and corn.

Although each farm stand has a different setting, story and operational structure, the farmers have experienced similar challenges and found their own unique solutions.

“Like most farmers, I got into farming because I want to farm, not necessarily be a business manager,” Porth said. As his business has grown, Porth has discovered that the retail side of the operation is management intensive. He cited staffing as the biggest challenge. Finding someone to manage the niche retail operation has been tricky because few retailers have farm experience.

“I’ve accepted it as the pathway that this business is taking,” Porth said. “I still feel like my primary role is as a producer, but I’ve worked more of that business management stuff into my daily tasks and overall role. I’ve tried to staff accordingly elsewhere, get support in other areas of the farm where I used to do more myself.”

While there were moments when the grower wanted to find business management support, he never got further than brief conversations with a few consultants. He has learned most of what he knows about retail while on the job.

A retiree from the tech service industry, Muzio feels comfortable running the business aspects of Frankie’s Farm Stand with the knowledge he garnered from his father and grandfather but says the challenge is in doing it all. With the exception of servicing some local restaurants, the 68-year-old sells everything through the farm stand. “When my father was alive, we had two stores, one in Clinton, but it’s a lot of work to do myself. Now, I get up at 3 o’clock in the morning just to get it all done,” he said. “I have a lady who works [at the register], but as far as the growing, the timing of the products, knowing what will sell, that’s all me.”

Before taking over the farm, Wittkofski and his wife Janelle (Guy’s daughter) prepared to leave the military by taking a course in running a small business. Wittkofski also held a full-time job with Northrup Grumman for 30 years before retiring to focus on the farm. “I think the labor is the biggest obstacle and the best way to overcome that is to have the stand open when people are home, driving around on the weekend,” Wittkofski shared.

Wittkofski experimented with opening the stand during evening rush hour times to encourage shoppers on their way home from work. He found committing to a day or two a week to man the stand is the best technique to keep consistency and avoid paying extra labor costs. Still, he is looking to the future, when he believes new technologies are going to make farm retailing easier.

“Something that’s very popular in Europe is vending machines for floral bouquets. That’s one thing that’s coming here. If you want to have a situation where you want to keep a farm stand operational all week, technology is going to be important,” he said.

Atlas, Frankie’s and Guy’s each also carry products from other vendors. While Wittkofski limits Guy’s off-farm products to fresh clams from a local fisherman, Frankie’s sources local honey, peaches and other products that he’s not growing but that meet his standards (organically grown, etc.) and Atlas carries a variety of products that are local and sustainably produced. Porth said finding vendors has been a challenge.

“We try to prioritize organic growers like ourselves or people who are sustainably farming in some manner. So it feels like we have some holes in our product line because trying to find those producers has been kind of a challenge,” he said.

Another challenge for the smaller farm stands is reducing waste, especially with salad greens and leafy greens. Muzio and Wittkofski solved this by minimally stocking shelves with products that easily wilt and bringing customers into the fields or greenhouse to cut their own greens.

“I keep trying things,” Muzio said. “Three years ago, kale was the thing to grow. Last year, it went over like a lead balloon. I even gave people a bag and a knife to cut their own kale, and I got about six people who would come repeatedly, but that was it.” In 2016, Muzio tried purple and green kohlrabi. The purple sold better than the green. He sold out of bok choy at $3/head, and also found success with orange, yellow, green and purple peppers. “People like it when you put that selection in front of them,” he said.

Since the 1990s, Beardsley and Wittkofski have been reseeding their own garlic, so it is now completely climatized to the soil. As a result, Guy’s Eco-Garden is “kind of well known” for their German Red, German Porcelain and Musnic garlic. In general, Guy’s philosophy is, “If it grows well here, we’ll plant it.” They have huge varieties of lettuce, which they grow throughout the winter in their greenhouse and sell in a local winter farmers market. They grow carrots in pots because the soil is too rocky, so growing them in the field results in distorted, monster carrots.

Corn is another big draw, so despite losing much of their corn crop to deer in 2011, they continue to plant a little corn every year and invite hunters onto the property to protect the corn. “Having less corn affected our clientele,” said Wittkofski.

When Guy’s Eco-Garden sold lots of corn, they got different clientele wanting corn to roast on their grills. That clientele wasn’t worried about whether things were organic but wanted local fresh corn. Now, there’s less corn, but there are people that listen to WPKN’s “Organic Farm Stand” (Guy’s twice-monthly radio program) and recognize his voice. As a result, “More hard core organic people are coming to the farm stand,” Wittkofski said. “That almost necessitates we have a large variety of vegetables because those people want everything. That’s a challenge because it’s hard to have 30-40-50 different kinds of crops out there.”

As any strong retailer must do, Wittkofski, Beardsley, Muzio and Porth evaluate what sells and adjust their planting and buying accordingly. “We’re not doing scientific market research, just checking the sales,” Wittkofski said.

Since he’s operating a year-round farm and store, Porth must evaluate sales throughout the year. He said approximately 70 percent of Atlas Farm’s produce growing and sales occur between April and November. Although there’s limited availability of produce and fewer customers coming through the door in winter, the fact that it produces 30 percent of annual sales justifies the expenses of operating when most New England farmers are resting.

“We’ve been a year-round farm for a lot of years. We grow a lot of storage crops through March,” said Porth. “So we had that crop availability already anyway, and we were growing greens through the winter in our greenhouses. When we started the store in 2013, it was a natural fit to keep it going year-round. We had products available. I think for a lot of growers, getting into winter activity is a smart move when you have all this infrastructure — buildings, trucks, staff that are eager to work year-round. To let those things sit idle, you’re not capitalizing on all that investment.”

The popularity of local produce has been on an upward trend for a number of years, but in the wintertime, there’s less availability, so Atlas Farm had a good market for it. “It’s a little slower pace than in the main season, but there’s been a pretty strong reception to winter produce. Our heavy hitters in winter are greenhouse salads. They’re a high-value crop, with high production cost. They’re one of our better produce items for the year, and we only have them in the store for a few months,” Porth said.

Whatever your growing model, whatever your market, operating a farm stand can be another profit-generating vehicle. The amount of profit you generate will depend on many factors. However, as Porth, Beardsley, Wittkofski and Muzio have discovered, perhaps the most important factors are flexibility, willingness to experiment and passion. Although he is past the age when most people retire and want to relax, Frank Muzio recently planted an orchard of fruit trees that will not mature for another two to three years. “I have peach, white peach, dwarf disc peaches, two Seckel pears, regular pears, black plums, red plums, dinosaur fruit,” he said proudly. “I’m planning for my future because I enjoy this.”