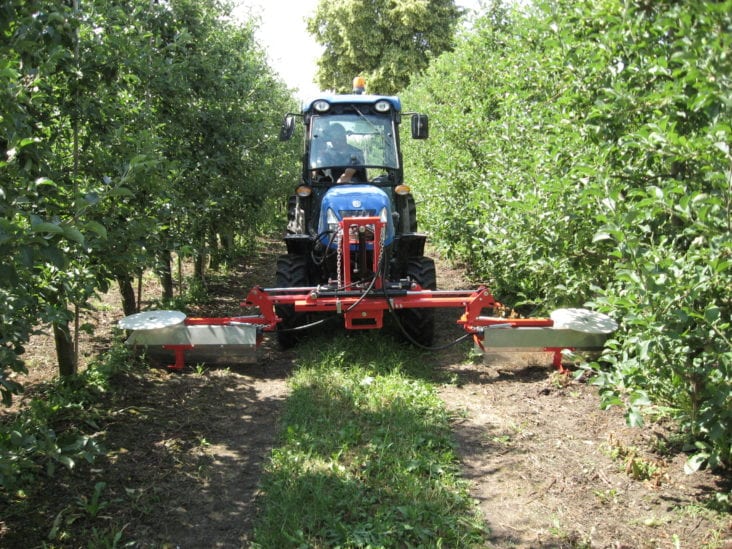 Often, commercial tree fruit growers manage the orchard floor with herbicide strips in the tree row, and grass or dirt strips between rows. While herbicides can bear a weed management technique, there are other options for controlling in-row orchard weeds. Orchard Floor Care

Read about:  5 Tips to Becoming a Successful First-Time Farmer

Controlling unwanted orchard vegetation, removing rodent habitat and providing for irrigation and fertility are some of the interrelated tasks every orchardist has to consider in order to produce a marketable crop. Managing fruit set, controlling insect pests, optimizing tree vigor and maximizing soil quality are others. In the orchard, each management decision impacts many of these concerns. Assessing this impact from the perspective of the entire orchard ecosystem is a daunting task.

“Management decisions for one concern, such as weeds, can affect a number of other resources in the orchard,” Granatstein said in the webinar. The goal for orchardists is to “maximize as many of these functions as possible while providing a crop.”

The webinar details the results of many research trials using cover crops, mulching, tillage and other weed management systems in orchard settings. In a recent follow-up interview, he outlined the effects of the primary alternatives for in-row weed control.

Although herbicides give quick results, ridding tree rows of unwanted plants, they don’t add anything positive to the ecosystem. Evidence suggests that soils routinely treated with herbicides will lack carbon over time due to a lack of organic inputs. Growers seeking to avoid or minimize herbicide use do have other options.

Tilling: Tillage is often utilized for weed control in vegetable crops, but doing so in a perennial crop setting, such as the tree fruit orchard, can have unintended consequences.

“In general, it’s better not to till. Tillage does disrupt surface feeder roots on trees that are important for nutrient uptake at key times of the year. It is not clear whether fruit trees compensate well for this,” Granatstein said. “A number of studies show reduced tree vigor over time, reduced yield and reduced fruit size. Other studies show no effect,” when tillage is practiced.

Tilling the row can degrade soil structure, inhibiting soil gas exchanges and moisture retention. Tillage is also a means of oxidizing organic matter, which may not be desired. But tillage does provide weed control, and it incorporates organic matter back into the soil. Tillage can also provide short-term nitrogen release.

Mulching: Another option for in-row weed control is mulch. The area directly around the tree trunks should not be mulched, but should be kept free of competing vegetation, Granatstein said. Wood chips and straw are organic materials that can reduce water usage and increase soil organic matter and nutrient supply, while decreasing the presence of weeds. Studies have shown a 25 percent reduction in water need with wood chip mulch compared to bare soils. Organic mulches have a positive impact on predatory nematode populations, providing control of pest nematode populations.

“You put a mulch on, and you see an improvement from the bare ground with a mulch,” Granatstein said in the webinar adding that they haven’t seen huge negative impacts from the use of organic mulches in orchard rows.

But mulches can cause other concerns. Voles are a primary orchard pest, and can do a lot of damage to trees. While voles steer clear of wood chips, they are quite happy in straw mulch.

Organic mulches can release nitrogen into the soil at less-than-optimal times for fruit growth, and may contribute to increased scion rooting. 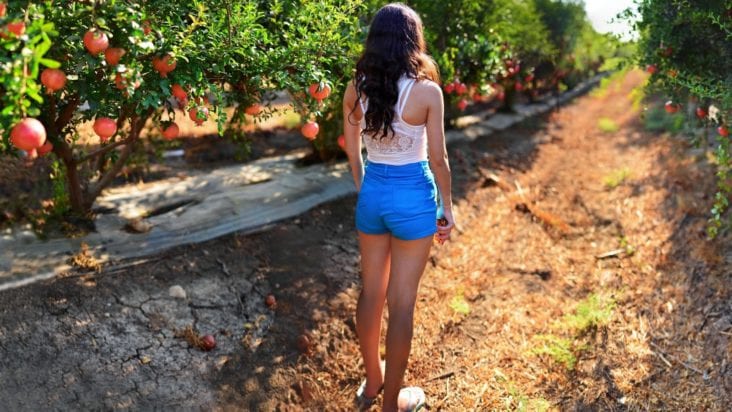 Adding a mulch to a weed-invested tree row likely won’t work. Mulch can inhibit weeds, and cut isn’t meant to smother existing stands. Mulching materials can be costly and are needed in large quantities. Also, mulches could potentially harbor a disease or pest of concern.

Plastic mulches aren’t good for the orchard. The increase in soil temperatures can negatively impact beneficial soil microbes. They don’t add any organic matter to the soil, either.

In-row cover crops have been found to increase soil quality in a short time period, due to their active root systems. Cover crops recycle nutrients that otherwise might not be captured due to runoff from bare soils. They can also soak up nitrogen late in the season, prior to harvest, which will improve fruit quality, Granatstein said.

“But cover crops can compete with tree roots for water and nutrients.”

There is the potential that a cover crop could host disease-causing pests. On the other hand, specific plant species could be utilized as a cover crop to provide biocontrol of a targeted pest, such as the wooly aphid.

Weeds in orchard rows aren’t all bad. Some may attract beneficial insects or pollinators. If weeds do get the upper hand for part of the season, it isn’t a lost cause. Controlling weeds early in the season is optimal, from May through July, allowing trees the nutrients they need for crop production. After that, weeds aren’t going to compete. However, if weeds go to seed, then problems will escalate next season.

Managing weeds without chemicals may be one reason to explore using mulches or cover crops in the orchard, but preventing bare soils, either in the tree rows or between rows, is another good reason to add ground cover. Bare soils lead to dust, which increases mite concerns.

Bare soils are also prone to compaction, which in turn causes damage to soil structure and reduces the ability for soils to retain water.

Low, slow-growing perennial grass species can be maintained via mowing and are useful as an alternative to bare soil in-between tree rows. More vigorous grasses can even provide a mowable mulch, which can be cut and pushed into tree rows for use as a readily renewable, organic mulch.

These have the potential to enhance soil health, without many negative consequences to the ecosystem, benefitting the orchard now and in the future.