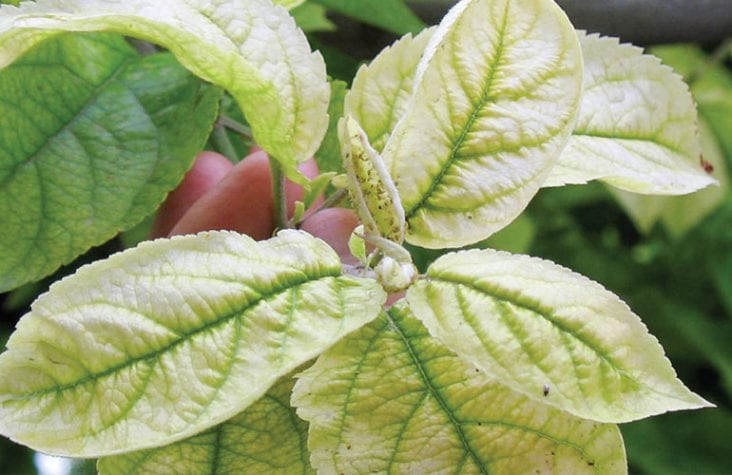 It’s a goal orchardists work toward all season: getting the crop to maturity for a bountiful, high-quality harvest of fruit. Depending on marketing outlets, the timing of harvesting related to fruit maturity can differ. Orchards, Getting to Harvest

Growers offering pick-your-own typically want as much ripe fruit available on the trees when the majority of their customers opt to pick. Immediate direct market sales require just about peak ripeness, for best taste, allowing for some at-home storage shelf life. Those selling to wholesale outlets, or who have the capability to store product for later sale, need to factor in storage conditions when timing the harvest. Other factors, such as fruit color or size, weather conditions and the availability of labor, can influence harvest decisions.

No matter your sales outlet, ground fall fruit is an economic loss. But keeping ripened fruit on the tree until it can be harvested can be a challenge. While other fruits, too, can be impacted by pre-harvest fruit drop, it is most prevalent in the apple orchard. Not all varieties of apples share the same proclivity, however. McIntosh and Stayman are two varieties notorious for extensive pre-harvest drop. Preventing pre-harvest fruit drop in apple orchards is a major concern.

“Fruit drop is a big problem in apples more than in most other fruit varieties,” said Mosbah M. Kushad, professor and horticulture postharvest physiologist, at the University of Illinois. “Almost all apple varieties drop a certain percentage of their crop when fruit are ripe. In some years, varieties like McIntosh trees could drop almost all of their fruits within a very short period of time.”

According to Kushad, stone fruits such as cherries and peaches may drop only a small percentage of their flowers and fruits, but apples, pears and lemons are known to drop upwards of 80 percent of the crop throughout the growing cycle. Factors affecting fruit drop include weather; pollination; crop load; fertility; watering or irrigation regime; disease or insect injury; chemical or other damage; pruning technique and wind. All of these variables can affect levels of plant hormones, auxin and ethylene, which are the driving forces behind fruit drop.

Fruits that are parthenocarpic (seedless), including some citrus fruits and bananas, are not impacted by pre-harvest fruit drop. The hormone auxin plays a role in parthenocarpy as well as in fruit drop.

During the apple life cycle, drop occurs at several developmental stages. The first drop involves the flowers. Unless some bloom is damaged or lost to freeze, flowers are high in auxin, and drop is not normally a concern.

The second drop, which occurs from pollination until after fruit set, is caused due to failed fertilization. In crops that are not normally seedless, this lack of seed production will instigate drop because of low auxin levels in the fruit.

The third, or June, drop is the manner in which the tree naturally thins out its crop load. The amount of food reserves available to the crop helps to determine the amount of June drop.

Finally, the pre-harvest drop occurs. The auxin levels in mature fruit are low, allowing the production of ethylene, which leads to fruit maturity and stem weakening, due to cell breakdown in the abscission zone, resulting in fruit drop. Once stem weakening occurs, it cannot be reversed.

“Ethylene stimulates the production of enzymes that break down the cell walls in the abscission zone of the stem, leaving the fruit connected to the tree by only the vascular strands, which are easily broken. Once this natural process is complete, susceptible varieties begin to drop,” according to a Penn State Extension bulletin, “Apple Preharvest-Drop-Control Sprays.” 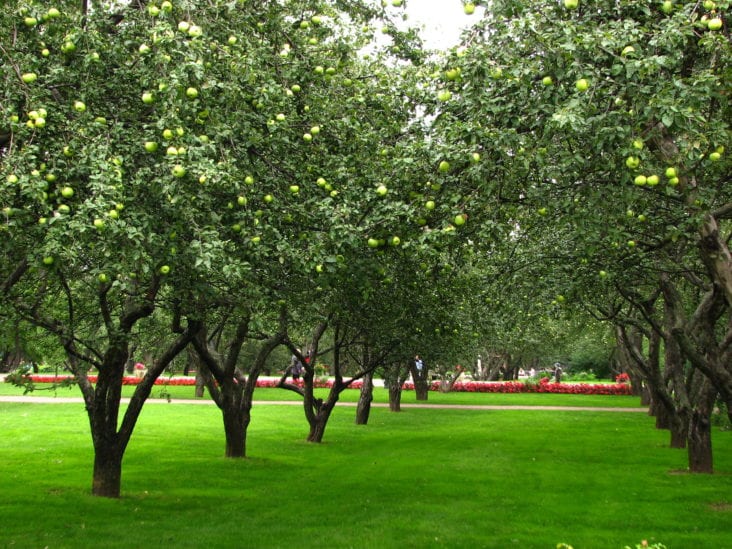 “Almost all apple varieties drop a certain percentage of their crop when fruit are ripe,” Kushad said.

Cultivation practices can help to reduce the amount of pre-harvest drop, but often are not enough to keep the majority of the crop from succumbing. The use of pre-harvest calcium sprays in apples can prevent some fruit drop. Calcium spray impacts fruit maturation, affecting respiration and ethylene production.

“But despite all these practices, some varieties still drop a good percentage of their fruits unless treated with a stop drop chemical,” Kushad said. “In certain years and for some varieties, it is almost impossible to control fruit drop without intervention. For this reason, large growers who could not harvest their fruits have to treat the trees chemically to keep the fruits hanging on the tree until they are harvested. It is a matter of economics.”

Reasons to keep fruit hanging longer include the following: improve color development in certain varieties; increase fruit size or survive an impending storm. Keeping ripe apples on the trees until they can be harvested by crews or by U-pick customers is another reason to opt for plant growth regulators (PGRs).

The PGRs used to keep apples hanging longer after maturity are aminoethoxyvinylglycine (AVG), known commercially as ReTain, and 1-napthalenacetic acid (NAA), which has several commercial names. Both PGRs work to block the natural hormone cycle from causing pre-harvest drop.

ReTain (AVG) is an ethylene imposter, and prevents the natural hormone from being produced. Because ethylene stimulates the ripening process, use of AVG slows the natural maturation process. Starch conversion, stem weakening and softening of the fruit are inhibited. It is applied about one month before the natural ripening process would be expected to begin for varieties that have one primary maturation window. For those that ripen over a longer period, it is applied about a week prior to the first harvest and delays the next harvest window by impacting the fruit’s maturation.

NAA is a synthetic auxin, which acts by interfering with the abscission zone. It does not delay maturity of the fruit, but prevents the breakdown of the cell walls that cause fruit to drop. Normal maturation occurs, but the ripe fruit hangs longer on the branch as the stem breakdown is delayed. Using too much NAA will cause the fruit to drop. Timing is essential, and application too early or too late means lost fruit.

ReTain and NAA can be utilized together for better control.

Another more recently developed option is 1-methylcyclopropene, known as Harvista, which prevents ethylene from binding. It is used just prior to anticipated harvest, allowing fruit maturation to occur naturally while preventing stem weakening and drop.

Proper use of PGRs to control pre-harvest fruit drop is imperative. Proper timing and dosage is essential for effective use and to prevent fruit quality issues. Weather conditions before, during and after application can have inadvertent effects on the fruit and play a major role in the effectiveness of PGRs.

“The biggest problem with these chemicals is their unpredictability with regard to stopping the fruits from dropping. In years when the temperature is 90 degrees Fahrenheit or so, they don’t work,” Kushad said. “Chemicals that are used to reduce fruit drop are not always effective, but they are the best tool to prevent a total crop loss.