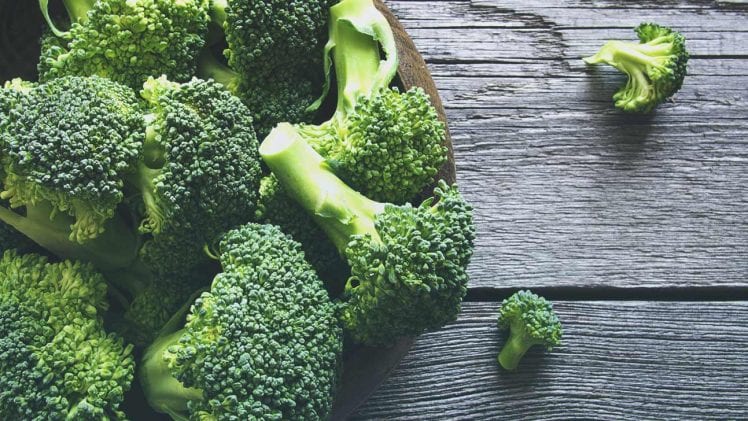 Many progressive produce growers are jumping at the chance to grow different crops that will earn them more profit and help feed the world. North Carolina State University’s Mountain Research Station in Waynesville, N.C., hopes to offer growers more crops they can grow with confidence and, at the same time, improve their bottom line.

Extension specialists at the research station not only want potential growers to try organic broccoli as a crop, but they also want to establish an eastern broccoli industry for existing and new farmers. “Our goal with our organic research at the station is to support growers – future and current – who are growing organic broccoli,” says Emily Bernstein, a research specialist working on alternative crops and organics with the Nursery Crops Extension and Research unit in the Department of Horticultural Science.

1. It is an easy crop to grow if growers select the most beneficial varieties for their land and for heat tolerance.

2. A market exists for organic broccoli in western North Carolina. 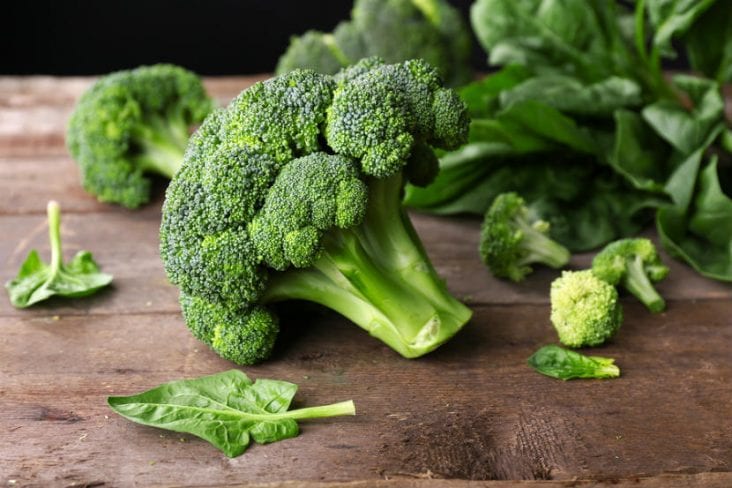 In September 2012, Bernstein and the team at the research center held a workshop on raising organic broccoli. She says 50 people, many who were growers, attended the workshop. Local community members, gardeners, and agricultural professionals were also in attendance. Attendees learned about choosing varieties, managing pests, producing organic broccoli and successful marketing.

“One of the unique aspects of our organic broccoli variety screening research is that it’s participatory,” Bernstein says. “This means the research is meant to have meaningful grower input and participation as true collaborators.”

At the workshop, attendees viewed 28 different varieties, compared varieties, evaluated them and rated the best ones.

“It was new for us to do research like that, and we had a lot of fun,” Bernstein says. “So now we can compare which varieties growers picked as the best, and which ones we picked through our normal research methods.”

The buy local movement has taken hold in the southeastern U.S. and shows no signs of letting up. “The backdrop for this increasing interest is that most (over 95 percent) of our broccoli is grown in California and shipped across the country,” Bernstein explains. “With rising fuel costs, concerns about climate change and increased interest in local food, there is no interest in developing an East Coast broccoli industry.”

To establish that industry, personnel at the Mountain Research Station have teamed up with Cornell University to develop a research project. As part of that project, the study screens organic broccoli varieties.

“Since most broccoli is grown in California, most of the varieties have also been bred for California conditions,” Bernstein says. “As we start to grow more broccoli here, we need better-adapted varieties for this region – in particular, varieties that are heat-tolerant.”

Besides just developing adapted broccoli varieties in general, the group in the study wanted to focus on organic varieties, because Bernstein says varieties can grow differently under organic conditions.

The Mountain Research Station received funding from the Organic Farming Research Foundation, which went toward conducting organic broccoli research in 2012.

Bernstein says the study will likely continue in 2021. “This way, we can make recommendations of broccoli varieties to local growers for both conventional and organic farming systems. In addition, the participatory part of the project means that we have a lot of grower involvement, so the results should be even more useful and meaningful for growers,” she says.

Organic growing has increased, especially in North Carolina. However, exact figures of organic farms and acreage in western North Carolina are difficult to pin down, because not all farms practicing organic methods are certified organic, Bernstein notes. She adds that a 2008 organic production survey conducted by the U.S. Department of Agriculture’s National Agricultural Statistics Service reported that there were 246 certified or exempt farms in North Carolina, which covered over 9,600 acres and accounted for $53 million in sales. 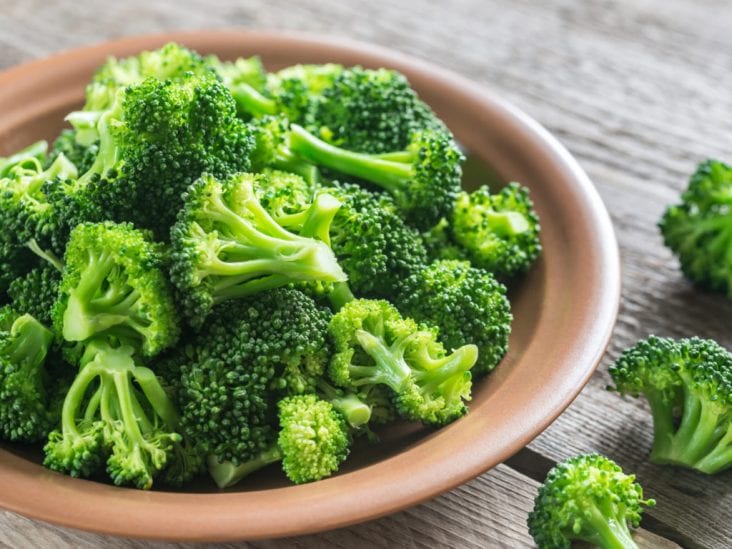 No matter the numbers, the study could impact the region. “There are more than 19,000 farms in western North Carolina that could potentially be impacted by this research,” she says. “There are 405 North Carolina farms listed in the [latest] Local Food Guide of the Appalachian Sustainable Agriculture Project. Sixty percent (242) were listed as organic. Many others were listed as a low spray, biodynamic, using integrated pest management or other ‘alternative’ practices. Only 24 of the North Carolina farms listed considered themselves only conventional.”

Bernstein says 131 farms in the food guide list broccoli as a product they grow. Of these farms, 102 are organic. Several are certified organic, and some are organic but not certified. She adds that only two farms out of the 131 that grow broccoli are listed as conventional growers.

Certified organic broccoli grower Michael Porterfield, with New Sprout Organic Farms LLC in Black Mountain, N.C., started growing the crop because of the ideal climate. “Organic broccoli grows great in the western North Carolina mountains,” he says. “The cool nights and warm days are a perfect mix for brassicas in general. Broccoli is one of the most popular vegetables, and with the organic and local movements continuing to gain momentum, New Sprout’s organic broccoli has seen huge popularity in the region, commanding a good premium over the mostly commoditized crop.”

Growing organic broccoli can be profitable, depending on demand and season growth. Bernstein says a 2003 study of organic vegetable production in North Carolina showed the average cost of producing the product was $3.85 per 100 square feet or $1,679 per acre.

Profits sound good, but what has Porterfield learned since he started growing organic broccoli? The crop isn’t that hard to grow if growers have a good fertility plan and can control insect pressure, he says, but warns that growing it when the weather is too hot is not a good idea. 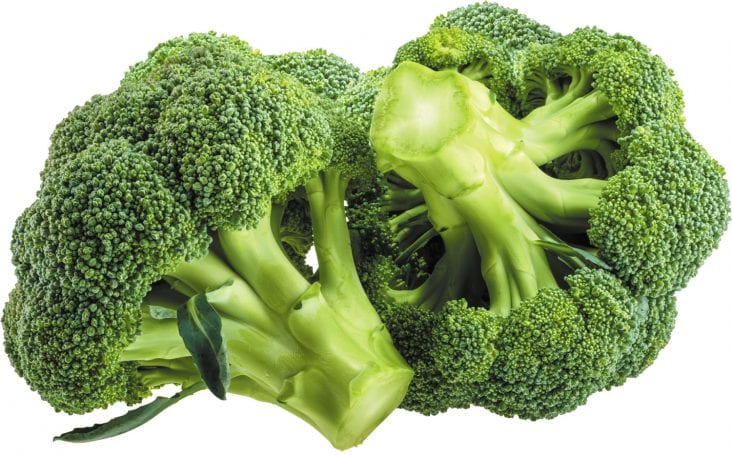 The good news: These problems can be overcome “fairly easily through organic methods,” Porterfield says. “Broccoli grows best in our area when planted in early spring and late summer for a fall harvest. The summer production is possible, but insect pressure becomes more of an issue.”

Most growers in the region plant broccoli in plastic, Bernstein says, but some still plant in the bare ground near the high mountain area of Boone, N.C. They plant in fall or spring and harvest from June to November. “The rough timeline is six weeks from seeding to transplant, and then about two months or more from transplant until harvest,” she says. “If planting in August for a fall harvest, we have had a lot of success with white plastic, since it helps cool the soil.”

Over the years, Porterfield has learned a thing or two about growing organic broccoli. He advises potential growers to:

With the profit there, and the climate sufficient in western North Carolina, more new farmers may fulfill Bernstein’s goal of developing a viable broccoli industry in the eastern U.S. The leadership of Porterfield and other broccoli growers will also benefit that effort and keep the idea of growing organic broccoli fresh.