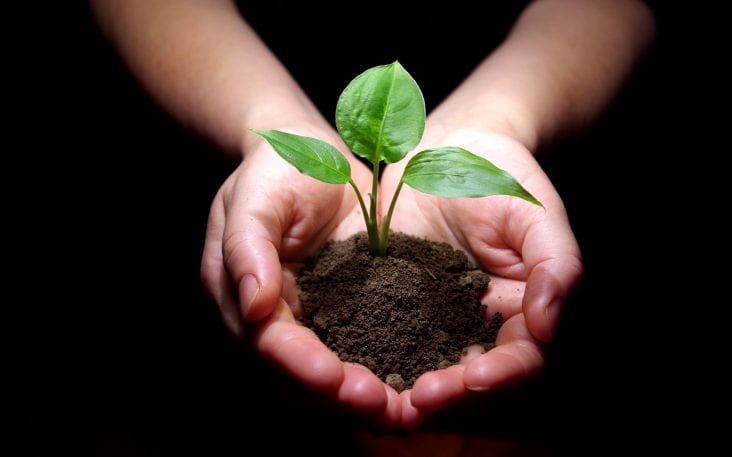 Organic fruits and vegetables represent over 12 percent of fruit and vegetable sales in the U.S., yet total organic acreages remain below 1 percent of the country’s total acreage in crop production. The organic seed sector is even smaller. Many popular varieties of fruits and vegetables are bred conventionally. Without organic seeds available, organic growers have little choice but to purchase conventional seeds to serve consumers who want those crops. Over the past few years, the organic movement has expanded to include seed development. These seeds are typically produced using organic methods but are not truly tailored to organic growing conditions.

Organic plant breeding varies to accommodate different sets of conditions and needs. These include differences in regional growing conditions (such as varieties of insects, diseases, and weeds) and different fertility issues. Many conventional crops are bred to withstand cross-country or even international shipping. To serve niche markets, local markets, and health-conscious consumers, organic breeders can select for higher nutrition or enhanced flavor, rather than how well seeds survive shipment. When bred for these traits, organic farmers gain unique varieties that are designed to thrive in organic growing conditions.

“We’re so excited about organic plant breeding,” said Tom Stearns, founder, and president of High Mowing Organic Seeds. The company hosted the Student Organic Seed Symposium in Greensboro, Vt., in August. Stearns conceived the idea for the event with three graduate students from the University of Wisconsin, whom he met at the 2011 Vegetable Breeding Institute hosted by Cornell University.

The four-day symposium offered plant breeding professors, graduate students, and professionals a chance to share ideas, learn and network. Michael Mazourek, assistant professor at Cornell University, shared information about how he and his colleagues are combining genomics and breeding, two systems that are not typically connected. John Navazio, who has a dual role with the Organic Seed Alliance and Washington State University, discussed developing participatory systems for on-farm plant breeding. High Mowing Seeds’ plant breeder, Jodi Lew-Smith, addressed the issue of breeding hybrids with safe alternatives to the chemical emasculators prohibited in organic seed production. Compounds such as ethephon and silver nitrate are banned due to their negative impact on the environment. Organically, plant emasculation is done by hand.

Jared Zystro, a research and education specialist with Organic Seed Alliance, spoke about the importance of experiment designs that help researchers maximize the information they can gather from limited resources. In his talk, Zystro presented a brief overview of designs used in the developing world. “In that context, there has been some good evidence to support the improvements that simple design changes can make,” he said. “However, we are really just starting to apply these techniques to organic agriculture in the U.S.”

In his presentation on the Future of Organic Seed Systems, Matthew Dillon, of the nonprofit organization Seed Matters, asserted that the next generation of thought leaders, researchers, entrepreneurs, and classical plant breeders needs to develop the skills, ideas, and information to be a part of the solution.

Adrienne Shelton, one of the symposium’s organizers and a grad student at the University of Wisconsin, says building a community of graduate students who are interested in organic plant breeding is crucial to ensuring they don’t feel isolated and discouraged in their departments. “Instead, they can feel engaged and motivated to learn from their classmates and professors who are involved in conventional breeding, but also feel supported and connected to a community that values the need for plant breeding in organic systems. For me, the fact that plans are already underway for next year’s symposium, organized by a new group of graduate students, shows that we have indeed begun to build this community.”

Stearns agrees that community building was an important impetus to create the symposium. However, there are larger issues at play as well. “How we farm, process and transport food are destroying the planet,” he says. “There is no debate about that. It’s the biggest cause of global warming, biggest energy user, soil, air and water pollution, etc.”

Turning the tide requires a new way of farming that works with the earth’s natural systems. Stearns believes organics holds the promise of being a positive force on the planet if it remains true to its origins as a low-input system. He sees organic farming moving toward becoming another high-input system that replaces one bagged chemical fertilizer, pesticide or disease spray with an organic one. The reason, he believes, is genetics.

Organic farmers are not able to take advantage of all that the gene pool has to offer them because very little organic breeding exists. Stearns likens using the conventionally bred seed in an organic growing system to milking a beef breed of cow. “You are going to get some milk, but it is the wrong breed for the job.”

Will organic breeding enable us to build a new healthy food system for this planet? “The hope for our future lies in having the right seeds for the job at hand,” says Stearns. “There is no career more important right now than that of an organic plant breeder.”