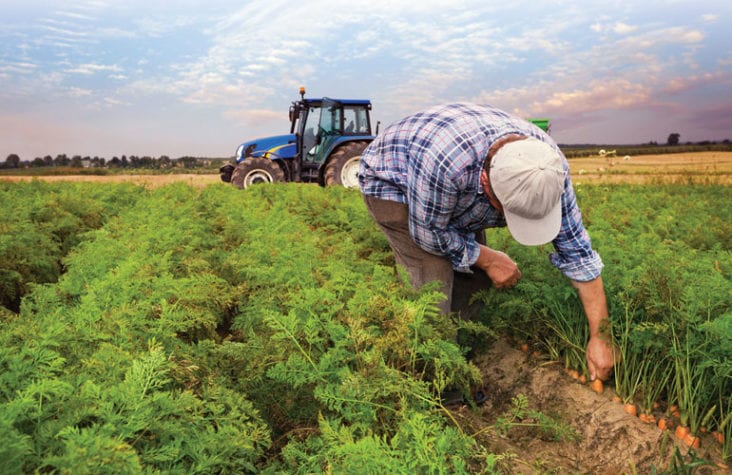 Phytoplasma are a type of bacteria that don’t have cell walls and are transmitted by insects feeding on plant phloem. Unlike standard bacteria, phytoplasma cannot be cultured in vitro, and in vivo populations in the insect vector and infected plant are typically very low. But phytoplasma can cause great damage to crops, trees, shrubs and flowers. – Phytoplasma Disease

Aster yellows is an important phytoplasma disease of vegetable crops. Not only does aster yellows, courtesy of the leafhopper Macrosteles quadrilineatus, attack vegetable crops but it is common in cereal crops, too. Other leafhoppers can also vector the disease, but this particular one is now considered the primary vector of importance in crops in North America. Aster yellows is also a major concern in ornamental crops, impacting many flower species, including asters.

“People keep asking me about it (aster yellows), but I’m an entomologist. I know that you can only manage the disease by killing the vector (leafhopper),” Zsofia Szendrei, associate professor, Department of Entomology, Michigan State University, said. “I don’t think there is anyone working on aster yellows currently.”

Szendrei has recently worked to assist growers in handling this disease. In 2012, she conducted research on the interaction between the leafhopper vector, weeds and cover crops as related to aster yellows in carrots.

She has also conducted research involving DNA assay techniques. Her laboratory has developed methods that advance the accurate and timely detection of the disease in leaf hopper populations.

Aster yellows impacts over 300 varieties of plants. Because aster yellows can thrive in many types of weeds and grasses, weed and insect management affect control.

Symptoms of aster yellows cause odd deformities, with stunted growth, changes in flower or leaf color and irregularities in shape, such as leaf contortions. Plants appear to have a stiff, unnaturally upright habit. Buds that normally are dormant in leaf axils can begin to grow, creating a bushy effect. Flowers are often replaced by deformed leaf-like structures, called phyllody. Root crops, such as carrots, become hairy, small and bitter.

Plants become yellowed, although the disease is also known as “purple top” in Solanaceous crops, which can take on purple hues when infected. The disease symptoms can manifest themselves differently depending on the plant species infected, but aster yellows always cause weird growth habits, odd coloring and deformities.

Two of the most severely impacted vegetable crops are carrots and lettuce. Other susceptible vegetable crops include celery, spinach, peas, onion, garlic, squash and brassicas.

The difficulty with aster yellows control arises because the disease needs to be managed via the insect vector, preventing transmission, and not after the plant has become infected. There is no treatment for the disease. Leafhoppers remain vectors for the rest of their life span once infected.

Approximately 5 percent of Macrosteles quadrilineatus leafhoppers are actual disease vectors. The disease has a latency period of two or three weeks before it can be transmitted via a newly infected leafhopper, which acquires it by feeding on an infected plant. The leafhopper transmits the aster yellow phytoplasma during sap feeding. Disease symptoms don’t appear in the newly infected plant for three weeks to 30 days.

Phytoplasma growth and activity rates are temperature dependent. Hot weather slows the disease spread in plants. Aster yellows is most prevalent in cool weather and is generally not a concern in regions where temperatures remain hot. Leafhoppers are less active in hotter temperatures. Some populations migrate from the South to the North each season, potentially bringing the disease with them.

By using polymerase chain reaction (PCR) testing of leaf hopper genetic code, Szendrei’s laboratory at Michigan State University can quickly estimate the threat of aster yellows in a location that has been scouted for M. quadrilineatus. When threshold levels of infected leafhoppers are reached, growers know to apply insecticides.

Leafhopper monitoring in fields can be done with yellow sticky traps, or via net sweeping. Threshold levels vary year-to-year, being dependent upon the percentage of infected leaf hoppers found and the overall number of leafhoppers in the region. Threshold levels also vary between crops, depending on crop susceptibility, and within crops, depending on cultivar resistance.

The disease overwinters in infected plants, but not in dead plant material. Quackgrass, plantain, chicory, knotweed, lambs-quarters, wild asters, wild carrot and Kentucky bluegrass are all susceptible to aster yellows, as are many other common weeds and grasses.

Szendrei’s studies have found that carrots grown in fields bordered by cereal crops were more likely to become infected than those not in close proximity to these crops. Fields with grass weeds present were also more likely than those with broadleaf plants to have carrot crops infected with aster yellows. Carrot growers can limit the disease pressure by controlling cereal and grass crops near or in their fields.

Although broadleaf plants can also harbor aster yellows, they appear to be less likely to attract leafhoppers into the fields to feed, so the disease is not spread.

Evidence from the canola industry is now pointing to aster yellows being transmittable via seed.

The disease is yet to be fully understood even today.