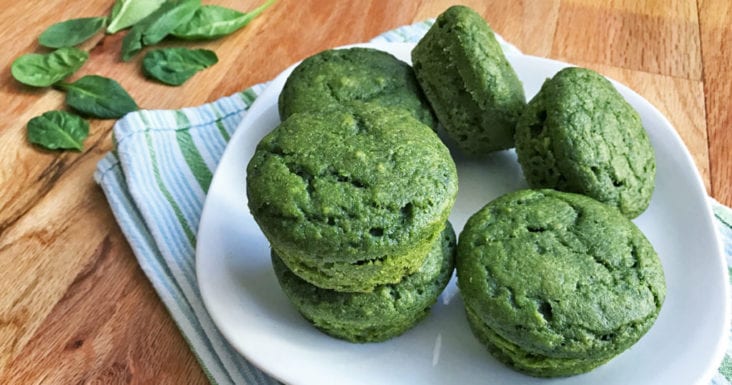 Spinach was catapulted into the national spotlight in 1929. Thanks to Popeye the Sailor Man, the vegetable has been known to all as the “original superfood.” As his song lyrics proclaimed, “I’m strong to the finish ’cause I eats me spinach,” the cartoon character credited his incredible strength to the spinach he ate. – Spinach

Ironically, his consumption of spinach for increased strength was based on incorrect data recorded in the 1870s. As reported by Brain Pickings, author Samuel Arbesman notes in his book, “The Half-Life of Facts: Why Everything We Know Has an Expiration Date,” the German chemist Erich von Wolf incorrectly transcribed his notes. von Wolf correctly determined that spinach contained 3.5 mg of iron per 100-gram serving, but in his notes, missed the decimal and transposed it as 35 milligrams per serving.

Despite the mathematical error, spinach is an excellent source of iron. It also contains high levels of vitamins A and C, making it a popular leafy green among consumers. The vegetable is closely related to Swiss chard, though without the vibrant colors its cousin boasts.

The Wisconsin Farmers Market Association website notes that spinach was first grown in Persia nearly 2,000 years ago. It gained in popularity during the Middle Ages in Italy and France. By the 19th century, spinach migrated to the United States and was the first frozen vegetable. Considered a cool season crop, spinach is grown during the spring and fall months.

It is a cool season crop that does not require too much water; there are good varieties for growers to choose from; and the health benefits of spinach far outweigh those of lettuce. While a lucrative crop for farmers prepared to grow, harvest and sell the vegetable, attention to detail, specifically at the outset of the crop is essential.

“Spinach is sensitive to seedling diseases so good rotations are essential to allow for reductions in disease pressure,” Smith added.

Before the seeds are sown, a grower needs to select a variety. Spinach is generally divided into three types: savoy, flat/smooth and semi-savoy. Savoy spinach has distinctive dark green textured or curly leaves that tend to be hardy in colder climates. After a frost, the flavor is sweeter and crisper. Flat/smooth leaf spinach, is typically the choice among growers selling their crop for canned or frozen products. The semi-savoy is a hybrid variety with slightly textured leaves making it easier to clean the leaves. This type is popular among growers raising fresh market and processing crops.

“The variety you choose depends on whether you are planting baby, teen or curly spinach. Obviously curly spinach is going to be a savoy or semi-savoy variety. Check with local experts as to the varieties that perform best in your area,” said Stein.

The first step to raising a profitable spinach crop is to select well-drained soil.

“The soil should not hold water after irrigation or rain. Standing water around the plants causes them to die,” Stein said.

Spinach also grows better in cool temperatures, specifically warm days and cool nights and preferably in regions that are dry and with low humidity.

The second step to a successful spinach crop is properly preparing the seed bed. The planting area should be free from debris and rocks. Pre-plant fertilizer should also be applied and incorporated into the soil.

“Preferably the area has not been planted in spinach for at least three years, and the planting area is open so as to allow good air movement over the crop,” Stein said. “Also an adequate amount of pre-plant fertilizer should be applied and incorporated into the bed.”

Nearly all commercial growers direct seed spinach crops although some spinach may be transplanted if the grower is going to root cut the entire plant and or bunch or tie the spinach.

Smith estimates that in California, 98 percent of the spinach crop planted is in high-density plantings on 80-inch beds. The seed is planted as uniformly as possible to give each plant the same amount of space to allow them to grow uniformly. Precision planters such as spider planters and others are used.

Once planted, spinach, like any crop, requires some TLC. Spinach crops require about an inch of water per week depending on climatic conditions and rainfall, Stein said. Maintaining ideal water it is important to monitor the soil and or the plant for signs that more water is needed. Wilting or cupping of leaves is an indication the crop needs water.

After a season’s worth of work required to raise a crop, the harvest can make or break the return on investment.

“Harvest equipment must be clean, the packing shed needs to be clean and workers need to be aware of food safety issues,” Stein said.

Cleanliness is critical for any crop, but especially spinach since it can be consumed directly from the bag.

The best time to harvest is when temperatures are below 85 degrees Fahrenheit and cooler is better. As soon as the crop is collected, it should be cooled and refrigerated. Ideal temperatures for holding spinach are slightly above freezing. Spinach can be harvested at any point during the growing period, but yield and market value often determine when a crop will be collected.

“Bunch spinach is hand harvested (bunched and boxed). Bagged spinach is machine harvested and put into half bins or totes and taken to the processing facility,” Smith said.

Given the leafy green’s popularity with consumers and its relatively short seed to harvest window – 30 to 50 days for fresh market outlets and in 70 to 120 days for freezer processing – it is a crop in which growers can have success. The key to maximizing a grower’s return on investment (ROI) is preparedness. North Carolina Extension reports that good yields of fresh market spinach are from 7,000 to 15,000 lbs per acre or 280 to 600 bushels per acre.

“Growers need to have an established market before they plant,” Stein said.

Investigate wholesale contracts, retail outlets and service agreements with local restaurants as potential sources of buyers. Above all, raise a quality product. Spinach will sell itself so long as it’s raised, harvested and packaged properly.

“There’s no substitute for raising a quality product,” Stein said.