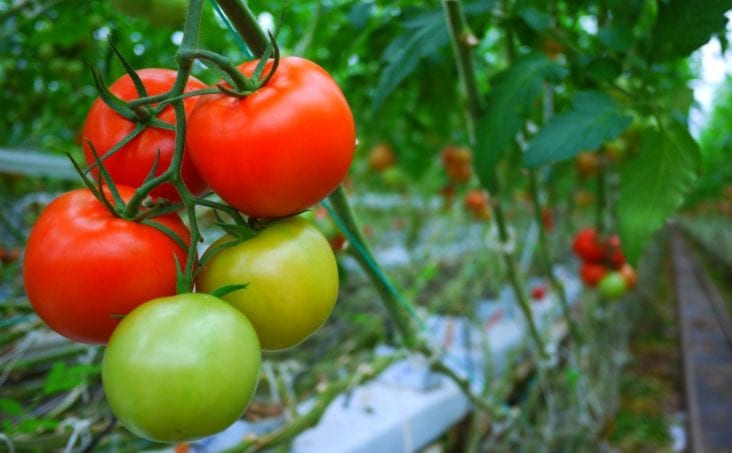 Driving the back southeastern Alabama roads to check on remote fields, farmer John Aplin spotted a sign advertising Slocomb tomatoes. Curious about what he’d find, he stopped at the roadside farm stand and inquired where the tomatoes came from. The stand operator asserted the tomatoes were Slocomb tomatoes, named for the region they are grown in. Aplin Farms

Aplin knew better. He and a handful of other farmers grow and protect the reputation of the Slocomb tomato. The tight-knit group of growers in Slocomb, Alabama, subscribe to specific growing and harvesting practices that produce the highly sought after tomatoes. Since the tomatoes he saw were nearly 100 miles from the region, at a farm stand he didn’t recognize, he knew it was unlikely they were Slocomb tomatoes.

Pressing the farm stand employee for details, Aplin did not relent. In the end, the worker admitted the tomatoes were not Slocomb tomatoes and agreed not to use the name in its advertising. Protecting the reputation of the Slocomb tomato includes monitoring who is selling the tomatoes and where they are being sold. Much like the growers of Vidalia onions, these farmers are committed to maintaining the quality that accompanies the brand.

“Slocomb tomatoes are not a variety; they are a culture in how the tomatoes are grown, picked, stored and delivered,” Aplin said.

At one time 30 to 40 independent farmers grew more than 1,000 acres of tomatoes in southeastern Alabama. Today, fewer than a dozen farmers and less than 100 acres are raised in the rural community that borders Georgia and Florida, two states that rank among the top six tomato-producing states in the U.S.

Though the tomato farmers in Slocomb may be small, the reputation of the region’s tomato supersedes the volume produced. And while growers across the country may grow thousands of acres, Slocomb farmers, specifically Aplin Farms, have found a niche in the marketplace.

John Aplin, the third generation family farm owner of Aplin Farms, reveals that it’s not the way the tomatoes are grown that makes them popular. “We grow them the same way the larger farmers do in Georgia and Florida,” he said.

Like most growers, Aplin establishes a tomato patch by transplanting seedlings. Some of the seedlings are grown on-site in the farm’s greenhouse, while others are purchased on contract from larger greenhouse growers. Tomato growers of any size know they have a better chance starting with seedlings rather than direct seeding. Seedlings give the crop a faster start and a better guarantee of survival.

Rising seed prices deter farmers from taking a chance at starting a crop from scratch and running the risk that it may not germinate well. “With all the hybridization of seeds you’re paying for the technology,” he said, “It’s much more cost effective to transplant seedlings.”

Tomatoes grow in all 50 states, meaning that the vegetable performs well in diverse soil types though loams are considered the ideal soil type. Most of the soil on Aplin Farms land is a sandy loam. A few fields are clay-based soil structures, but tomatoes thrive on most of the farm’s fields. “Tomatoes actually grow really well in clay, but we don’t tend to plant them in those fields because when it is dry, the ground is hard to cultivate,” he said.

In early spring, the Aplin family plants tomato seedlings in rows spaced 72 inches apart. Each row is 6 feet long and the plants are placed 18 inches apart to allow adequate spacing for the plants to bush out and flower. The tomatoes are staked and pruned to maximize yield.

In the farm’s early years the tomato vines sprawled across the ground. By the 1960s, half of the crop was staked and the others remained on the ground. “Maybe there weren’t the diseases then that there are now, but nowadays anything that’s grown on the ground will rot,” he said.

Unlike most other growers, Aplin Farms does not use plastic mulch as a standard practice. In a few exceptions, the Aplins use silver plastic under early spring or late fall plantings. Rather than using the popular black plastic mulch, Aplin Farms opts for silver plastic to deflect the Southern sun’s intense rays away from the plant. Drip irrigation delivers much-needed water to the soil parched by the sun. Aplin uses fertigation, or liquid fertilizer, to feed the growing plants. The liquid fertilizer is flushed through the same drip irrigation lines that deliver water.

To limit disease, Aplin dutifully selects varieties that are resistant to foliar diseases, leaf spot and late blight. He diligently rotates crops planted on a given field. Every field is on a three- to five-year rotation schedule. Tomatoes are never planted on the same field two years in a row. Often sweet corn, cucumbers, sweet peas or squash follow a tomato crop with sweet peas, corn or another vegetable that is not susceptible to the same diseases and does not use the same soil nutrients as tomatoes.

Rotation is particularly effective in reducing bacterial diseases, nematodes and certain wilts and foliar diseases. There are even times he will leave a field fallow for a year and let it rest.

“Rotation replenishes important nutrients into the soil, limits the spread of disease and gives the soil ‘fluff,’” he said.

Since the establishment and growing management approach at Aplin Farms is similar to that of larger producers, it’s the family’s approach to harvesting that truly sets the Slocomb tomato apart from others.

The vine-ripened, fresh market tomatoes are picked when they are ripe and hand-packed in the field. “We sell green tomatoes, but only if a customer wants to make fried green tomatoes,” he said. “If they simply want to set the tomato out to ripen, we encourage them to buy a ripe tomato or go buy their tomato at the grocery store.”

At Aplin Farms, the tomatoes are only handled one time. Workers carefully pluck the tomato from the vine and place it in the box where it stays until offered for sale. Aplin avoids mechanized equipment to clean and sort the tomatoes to prevent bruising. “When they are dumped into a water tank and then run across belting, they can get bruised,” he said. “The less we handle them, the better.”

Tomatoes have been an integral part of Aplin Farms for more than 60 years. John’s grandfather, QP Aplin, was a farmer all his life, growing a variety of crops including corn, cotton, peanuts and melons. In 1952 he expanded his crops to include tomatoes. For the next three decades QP increased production of tomatoes. At peak production, Aplin Farms grew more than 200 acres of tomatoes for the wholesale market.

“We were shipping green tomatoes all over the United States, Mexico and Puerto Rico,” John said.

The tomatoes were harvested green, gassed to ripen and packed for distribution through grocery stores hundreds of miles from the home farm. As the family farm operation expanded, so, too, did the expenses associated with labor, supplies and materials. But, the profits were not increasing proportionally.

So, in the mid-1980s, the family decided to change their focus. Instead of selling green tomatoes ripened by gassing, they chose to specialize in vine-ripened tomatoes. The tomatoes are sold at farm markets throughout the region, at the home farm stand and through U-Pick.

John estimates the retail business is bringing in approximately 400 percent more than when the family sold to wholesalers. “We’ve got one-quarter of the expenses and we’re making four times the profit,” he said.

The farm grows more than 100 varieties of vegetables, but vine-ripe Slocomb tomatoes are their specialty. Slocomb tomatoes aren’t a variety, though. Much like the Vidalia onion, the reputation of the Slocomb tomato has been developed and protected by the southeastern Alabama farmers committed to management practices that produce high-quality, tasty, vine-ripened tomatoes.

There is not a week that goes by that John doesn’t receive a phone call from big-box grocery stores asking to buy his Slocomb tomatoes. Because the stores can’t guarantee the tomatoes would be identified as Slocomb tomatoes or that when the supply is sold, that the sign would be removed, John has declined the purchase offers.