Making the most of pollination is key. For example, more than $240 million of produce is predicted to come from apple orchards in New York State. Apples are a dependent crop that honey and wild bees are required to pollinate to bear fruit.

Pollinator habitat in the field borders of an apple orchard.

According to the university, both wild and managed bees – an integral part of New York’s and the surrounding region’s fruit and vegetable ecosystem – are necessary for 76 percent of the globe’s crops.

Based on recent data McArt discussed, crops grown globally are pollinated approximately half by managed bees and half with wild bees, highlighting the need for both types of pollinators.

There are also differences beyond wild and managed pollinators. For example, bumblebees provide buzz pollination for pepper and tomato plants in the Solanaceae family, something which honey bees can’t perform.

Some pollinators prefer a diverse habitat because weather conditions and activity vary.

“Apple pollination occurs very early in the spring, which also includes cherries, blueberries and most fruit trees. In cool weather honey bees are unwilling to fly,” McArt said. “They prefer to be quite warm. Several wild bee species will forage on flowers at 5 to 10 degrees cooler than honey bees.” 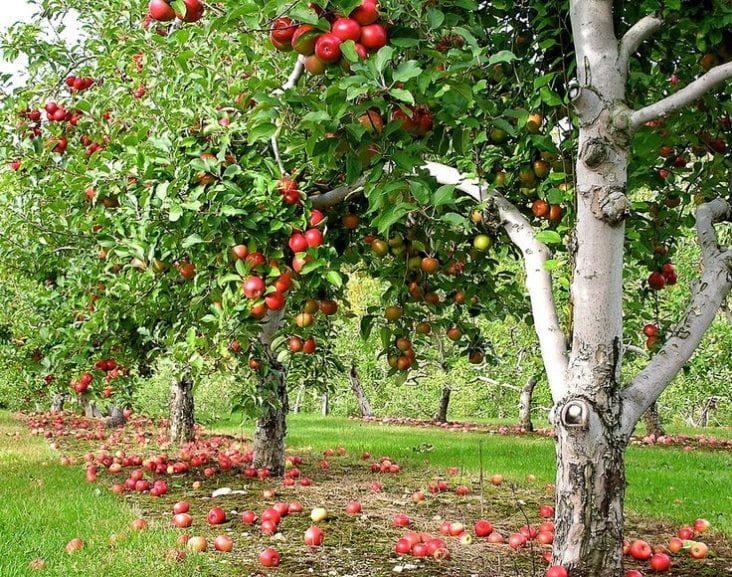 With a cold spring in the Northeast, McArt reported that despite growers’ concerns that honey bees weren’t as active pollinating, a large number of growers still saw their fruit crops produce well because the wild bees complemented the honey bees’ reluctance to go out in cooler weather. This demonstrates the importance of promoting managed and wild bees.

McArt said droughts can similarly impact managed bee operators. It stresses managed bees when their nutrition needs to be augmented and negatively impacts their health.

“Bees are generalists [and] they like a varied diet. If they get fed the same exact thing every day, and that’s deficient in nutrients, their health isn’t very good,” McArt explained.

Regina Blakeslee, educator at Hilltop Hanover Farm and Education Center in Yorktown Heights, New York, explained that diversifying a pollinator’s diet is essential to keeping them healthy and productive.

The farm center, with a managed bee population, provides the bee hives a variety of herbs to give the pollinators a balanced diet including oregano, lavender, thyme and lemon balm.

“It boosts their immune system because they’re getting the variety in their diet and there’s a different life force in each plant, and it’s bringing health into their colony,” Blakeslee said. She stressed the importance of having a lot of trees around the farm, and on the edges of the forest to allow the growth of a variety of plants.

During the summer months the number of worker bees in a colony can swell to 50,000. Bees move outside and “beard” at the hive entrance to cool the internal temperature.

Finding balance on the farm

Kelly Gill, a pollinator conservation specialist for the Mid-Atlantic/Northeast region for The Xerces Society for Invertebrate Conservation, noted hive rental fees have gone up over the past two decades. This is due to fewer available hives and more acreage of crops requiring pollination.

Gill also suggested that growers consider wild bees and what role they can play in the pollination ecosystem. Instead of considering wild pollinators as supplementary pollinators or “as alternative pollinators” as Gill put it, she explained that looking at a farm and its potential as a habitat for wild bees could be the first step in making honey bees a possible secondary pollinator.

The first step is to determine how the farm’s existing habitat can support wild pollinators. The process can be done by farmers or by an expert who visits the farm.

“You get a biologist or a habitat specialist to go out on the farm and do a site-specific evaluation. We even have habitat assessment forms on our website if someone wanted to try to walk through it themselves on their own property,” Gill said.

An initial question when trying to foster an attractive habitat for pollinators, as Gill explained, is to inquire about pest management practices.

“If we go out to a farm and somebody said I want to put a wildflower border all the way around to attract pollinators to my crop, one of our first questions is how are you managing pests?,” Gill said. “Whether it’s [an] insecticide or herbicide, a non-selective herbicide can drift over on to a wildflower planting and kill the wildflower. If it’s an insecticide, we don’t want that drifting onto habitat either because we’re concentrating all of these great resources into an area attracting pollinators and other beneficial insects, and potentially creating a death trap.”

When making a habitat improvement for pollinators, a farmer can address this by selecting a section not prone to drift or by creating an adequate buffer based on the type of herbicide, insecticide or pesticide and the tools they use to apply the chemicals, Gill noted.

In the Xerces Society’s “Guidance to Protect Habitat from Pesticide Contamination” publication, there are general considerations for pesticide contamination. The guide cautions that insecticides such as neonicotinoids and insect growth regulators can have short- and long-term effects on pollinators, even after application has stopped.

When it comes to “synthetic auxin herbicides” such as 2,4-D and dicamba, according to these guidelines, exposed plants have “fewer flowers” and the number of pollinators attracted is reduced.

General guidelines include choosing pollinator habitats that are upwind of areas where pesticides are applied, removing weeds (and their seeds) if preparing the habitat site, not planting anything that could foster diseases or pests within a habitat and not having used imidacloprid, thiamethoxam and clothianidin in the proposed pollinator habitat area within the past 24 months.

Once the buffers are established, Gill recommended certain planting strategies to maximize the pollinator’s habitat. “If [farmers] wanted to enhance habitat or create new habitat, they could plant wildflower meadows, field borders or hedgerows using native flowering plants that bee species and butterflies in our area have co-evolved with,” Gill explained. “We want to build that plant community by selecting a combination of plants that bloom throughout the season, from early spring all the way until fall when plants go dormant. Having the season-long bloom period is important – that will carry the bees along on the farm before and after that main crop is blooming.”

Gill advised that insectary strips (annual rows of wild flowers) and flowering cover crops are beneficial short-term approaches to cultivate health habitats. However, creating long-term, permanent habitats that provide pollinators a place to not just forage, but also nest and overwinter, is the best approach.

“Permanent habitat is our main goal because we want to put this habitat back into the landscape to the [greatest] extent possible,” Gill said. “We want to have that stability over the long term.”