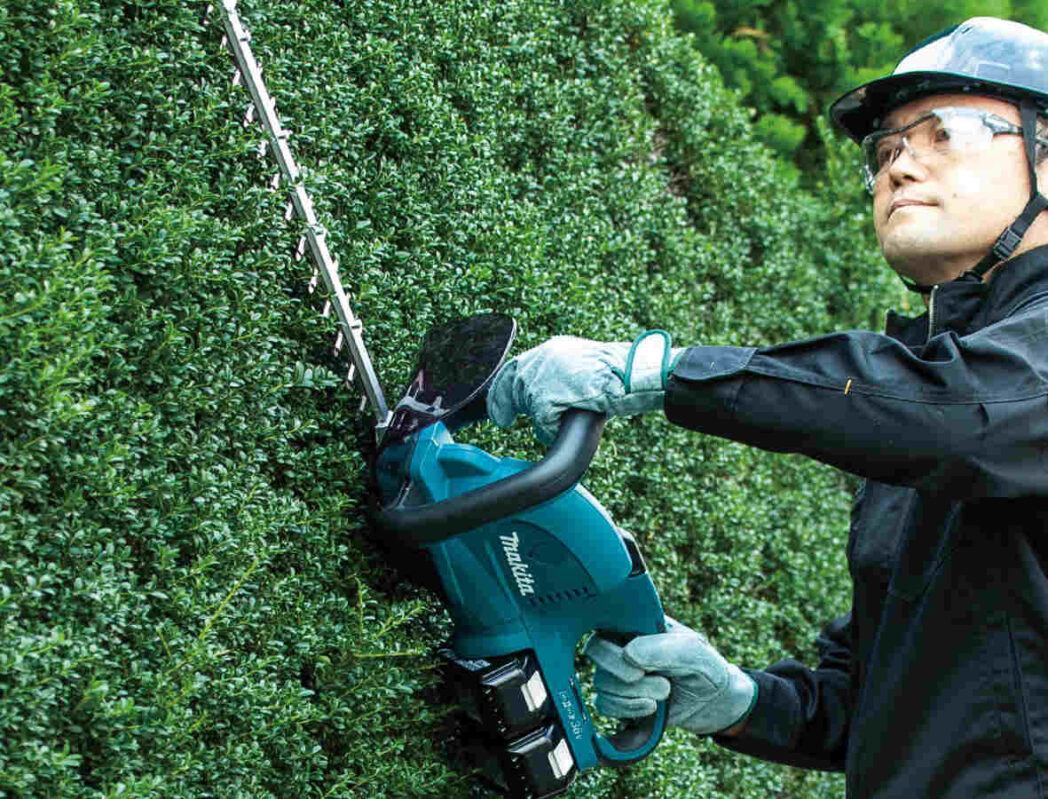 Makita 18-volt hedge trimmer has developed a reputation for excellence, but what makes it so special? Read along to learn more about this powerful yard tool and the company behind it.

Makita is a Japanese power tool manufacturer. The company was founded in 1915 in Anjō, Japan. Their first major move in the tool industry came in April of 1969. At the time, Makita released the first battery-powered tool.

Makita’s dedication to excellence and innovation has made them a favorite amongst professional contractors and D.I.Y. craftsmen. Their outdoor power tool collection is also a popular choice for professional landscapers.

Makita is one of the most popular power tool manufacturers in the world. They have risen to prominence over the past 115 years, continuously sustaining a reputation for high-quality and long-lasting tools. Still, Makita makes modestly priced tools that are accessible to the common consumer.

Makita’s dedication to technological upgrades has also landed them a spot amongst the most revered tool manufacturers. In fact, they are responsible for some of the most important cordless tool innovations. 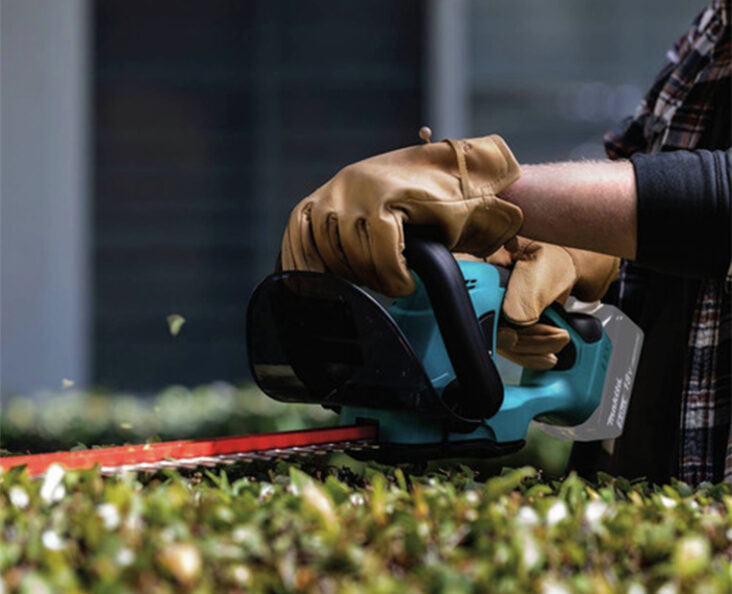 Makita has managed to produce a nearly vibration-free hedge trimmer. On top of that, their cordless hedge trimmer boasts a two-handed operation, making it incredibly safe.

It also has an integrated LED battery indicator light that lets users know how much power is left. What’s more, it has a five-position rotating rear handle for vertical and angle trim jobs.

Makita’s outdoor power tool line is enough to entice most users to invest in a hedge trimmer. These tools have the industry’s leading lithium-ion battery technology.

Not to mention, they boast some of the most reliable 2- and 4-stroke engines on the market.

Many of the Makita outdoor power tools can be used with two 18-volt batteries. As such, these tools boast an incredible 36-volts of sustainable cordless power.

The Makita hedge trimmer is well-suited for medium to large yards. It has a rotating handle for easier angled cuts. However, the cutting depth is somewhat small compared to the competition.

With about an hour of runtime per charge, Makita’s strength lies in its battery. Still, Makita’s 26-inch blade enables easy access to high hedges and otherwise out-of-reach limbs.

This impressive outdoor tool delivers clean cuts at rapid speeds. It boasts an anti-vibration feature, a low noise output, and an ergonomic design.

Not to mention, it houses a long-lasting lithium-ion battery, enabling a reliable cord-free performance.

A single charge gives users 120 minutes of use on a low setting. Not to mention, the Makita motor enables 1,350 SPM (surface permanent magnet). With extended battery life and extreme power, the Makita hedge trimmer is capable of completing large yard jobs in one take.

It also features Makita’s proprietary Star Protection system, which transmits real data to prevent the device from getting overheated or overworked.

The 18-volt Makita battery is compatible with the ever-expanding 18-volt lithium-ion tool system.

Makita’s lithium-ion batteries and chargers are backed by a 3-year limited warranty. The company will replace and repair products with manufacturing defects.

On top of that, their products come with a 30-day return/replacement guarantee.

During this time, Makita will, as they see fit, provide a customer with a replacement or refund. Products also carry a 1-year limited product warranty. However, it is worth noting that customers are responsible for the return shipping on a defective product.

Makita has earned its place as one of the most popular power tool manufacturers. Wondering how popular their cordless 18-volt hedge trimmer is? Check it out here.