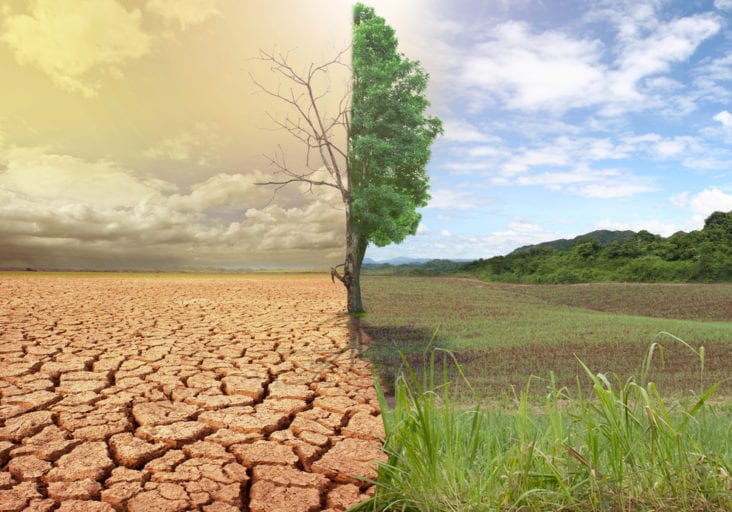 Pests, pathogens and irrigation are every grower’s challenge. And although these problems aren’t directly caused by climate change, as climate scientists and ag researchers have noted in previous columns, erratic and extreme weather caused by climate change has begun to, and will increasingly, exacerbate agriculture’s typical problems. – Slow-Growing Crops

Forecasts suggest pests, pathogens and availability of clean water for irrigation will test farmers with greater frequency and intensity until climate change is reversed. The clock is ticking on our opportunity to reverse climate change.

Despite this, the pecan industry appears surprisingly unaffected. “To date, severity or negative impact of weather-related stress factors do not appear to significantly differ from the highly variable historical record,” U.S. Department of Agriculture-Agricultural Research Service Research Horticulturist Bruce Wood explained via email. “Pecan is a highly adaptable species, and tools exist that will likely enable pecan horticulture to adapt should abnormal climate-related stresses materialize.”

According to Wood, even the rise in atmospheric carbon dioxide concentrations benefits pecans by improving key physiological and horticultural traits. Pecans are a native (indigenous) species in the United States, managed in natural stands as well as in planted orchards across the southern tier of states. Huge variations in soil and climatic conditions, as well as numerous co-evolved insects and diseases, necessitate careful management that differs between geographic regions. In comparison, commercial production of other tree nut crops in the U.S. is concentrated in a relatively small geographic area with much less variability in abiotic and biotic conditions.

Walnuts and almonds are non-native species that came from and thrive in Mediterranean climates. In the U.S., California’s Central Valley provides that climate and hosts 1 million acres of almonds and 360,000 acres of walnuts. But is California’s Mediterranean climate becoming more like a desert climate? With the state’s drought currently entering its seventh year, almond and walnut growers have been challenged with irrigation and air quality issues. (Researchers are exploring the viability of Arizona, Idaho and Nevada for commercial almond growing.)

Walnut growers are challenged by bacterial blight, which climate change may exacerbate or mitigate, depending on how it affects spring rain patterns. Finally, global warming raises concerns about insufficient chilling as winter temperatures rise throughout the growing region. Deciduous trees require a certain amount of chilling hours each year to leaf out, bloom and ultimately produce a crop. California’s nut-growing regions are experiencing fewer winter days where temperatures fall low enough to meet those chilling requirements.

Pecans do have physical limitations, but according to USDA-ARS pecan breeder L.J. Grauke, the greatest risk to the advancement of the industry might be a myopic focus on pecan production through the lens of past practice. “The greatest benefit for the pecan industry might be achieved by tree size reduction through both improved rootstocks and scions, which will improve both nut production and tree management,” Grauke said.

This achievement will likely necessitate incorporation of crop wild relatives in breeding, broad cooperation in the testing, leading to selection and development of improved methods. Creating a database to house information available to a diverse research community will facilitate cooperation. Acquiring funds to pursue development of those tools will require support of the pecan industry in the United States, which, according to Grauke, is regionally fragmented and focused on marketing, not crop development.

Molly Brown, associate research professor at University of Maryland’s Department of Geographical Sciences, questions whether current investment in nut research is sufficient and if it will culminate in time to help growers who are planting crops now that won’t reach maturity for five-plus years.

Many crop breeding programs are underfunded, but California’s walnut growers have funded the walnut research program at University of California-Davis annually and ensured its stability with a $2.6 million endowment. Growers also help shape the program and test new material. “There’s a lot of feedback,” said UC Davis walnut breeder Chuck Leslie. “It’s not just university research people or even extension people. The growers themselves are pretty heavily involved in the research.”

It takes 15 or more years to produce a new variety of walnut. Walnut trees take four to five years to begin producing a full crop. An established orchard has a life span of 20 to 30 years or longer. As global temperatures rise, and we see the multitudinous effects of trapped greenhouse gasses in Earth’s atmosphere, this means the climate in which a grower plants a nut orchard may be very different from the climate the trees experience when they reach maturity.

“There’s been enormous change in maximum temperatures in the last five years,” Brown said. “Do we need to develop new varieties that are tolerant of much higher temps? Maybe we need to migrate these crops to places like Spain and France, which are cooler. There are really only two choices: develop new varieties, which takes a long time, or move the crop. As forecasts for temperatures in 2030 and 2050 change, so do growing zones.”

Increased summer temperatures could affect quality and increase water requirements. These may be bigger problems than loss of chilling. Climate change may also impact insect pests. “Husk fly, for example, has been an increasing problem that has been appearing earlier in the season in recent years,” Leslie said. “We don’t know the reason, but temperature changes could be a contributing factor.”

Based on the research that he and his colleagues are doing, Leslie is confident that California’s walnut producers will be fine. “They’ve got some play in terms of what they can get away with in terms of loss of chilling hours. There are lower chill varieties coming along. In future years, maybe we’ll be chill deficient; there are probably cultural practices that could mitigate that. [Researchers] in Chile have worked with spray applications that can mitigate dormancy to some extent. There’s probably more work to do on that. I don’t think it’s going to drive walnut out of the state.”

Although some growers are feeling the effects of ongoing drought, through innovation, the almond industry as a whole is thriving in the face of climate change. “Faced with the drought, the almond industry has continued to improve,” said third-generation grower and Almond Board of California board member Kent Stenderup. “Since 1994, we’ve improved our efficiency 33 percent. We used 33 percent less water to grow a pound of almonds through adopting technologies and cultural practices.”

In fact, Chris Messer, director of USDA’s National Agricultural Statistics Service Pacific Regional Field Office, reported in July that the latest almond crop forecast is up 7.9 percent from 2015 to the 2016 crop production of 1.9 billion pounds.